For decades at least, a favorite theme of cartoonists has been the mystic/bum on the street holding a sign in his hand indicating that the end of the world is neigh. And ever since the advent of the atomic age such darkest nightmares have been an ever present threat to mankind.

It could even be that even as we exchange these electronic thought patterns that it is already too late to save mother earth. Here are ten existential dangers that together could one day trigger the end of civilization.

Gasoline prices are now comparatively low from 2008’s astronomical USA average of $4.08. While that is great news for drivers, it is not so good for the planet. Low gas prices mean a lot more people will be on the roads adding pollutants and greenhouse gases to the atmosphere.

Even amidst exponentially growing scientific evidence –such as two of the hottest years ever recorded– many in Congress question whether the theory is correct. So many in fact as to represent majorities in both houses.

The cause of this widespread indifference by America’s elected officials is, to be generous, less intellectual than financial. The lion’s share of the campaign donations coming from moneyed interests directly involved in the industries supporting Global Warming and Climate Change, like Coal and Big Oil.

We’ve already seen the frightening wrath of Sandy in the East. Down South Louisiana Governor Bill Nye declared that the recent devastating floods in his state are bound to reoccur.

Governor Nye, being one of the few government officials to accept Climate Change, posits that continued rising sea levels will wreak havoc upon other coastal cities around the globe.

Faced with the melting of the North Pole ice that was once their home, their population continues to sky dive. Decreasing ice, and the migration of seals (their primary diet), continue to create a perfect storm of destruction for the beloved bears of the North.

Respected authorities have found that at the current rate of ice depletion in the arctic, seventy-five percent of the polar bear population will perish in a few decades.

5. Impact Upon the Natives

Polar Bears are not the only ones suffering from the aforementioned warming conditions at the North Pole. Glaciers and permafrost melting are resulting in Alaskan hunters falling through thin ice.

The warmer whether has also introduced pests such as Spruce Beetles that are damaging forests. Another hurtful effect of Climate Change upon Native Alaskans is from the lack of snow. That is in turn damaging the local economies by driving away such mainstay snow-centric events as the Iditarod Trail International dog sledding race.

Coastal towns and cities are already losing land and will continue to lose their coastlines to ever higher water levels created by the melting Polar Regions.

Its effects have been felt from Louisiana to New Jersey. Farsighted seaside communities across America are even now preparing new seawalls and evacuation scenarios. They will be the ones that will be the best prepared to endure the loss of their beach front real estate.

A whole series of super storms and other disasters trace their origins to the dangers of climate change:

Gravely impacted by the events of reason four are America’s –and by inference as breadbasket of the world– the rest of the planet’s sustenance.

Because of drought, and floods that wash away precious topsoil, extreme temperatures brought by Climate Changes are all greatly reducing harvests of livestock and crops.

Wetlands and wildlife suffer the consequences, England the less jolly. Churchill himself frequently espoused the indelible connection between the USA and Britain. The fate of its Sand Eels will be shared by much of the wild life residing in the Colonies.

It’s already here. There are some politicians, notably Barack Obama, that do at least acknowledge that there are any problems related to the ongoing effects of Global Warming. Events and conditions created by it will continue to dominate the headlines.

Here’s a how-to on abating the growing dangers of climate change in England all the way to Hawaii and California. 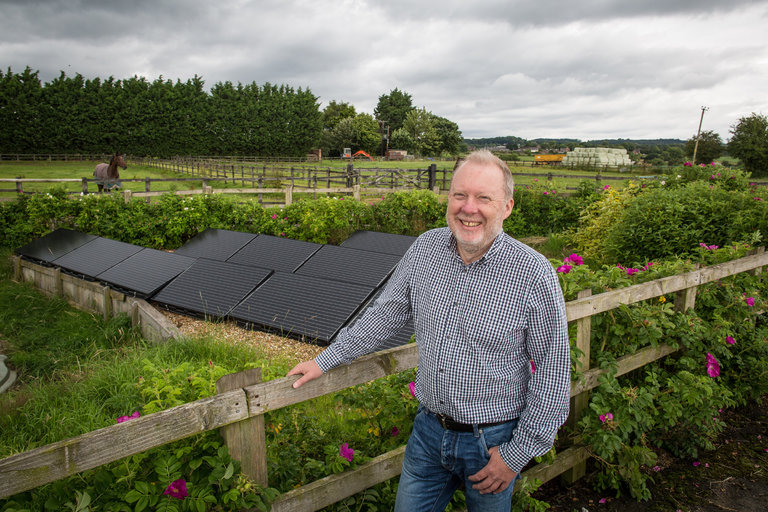 As seen in reason nine, citizens cannot wait around for an uncaring government to step in and make everything alright. Residents of Ashton Hayes are leading the fight to make the end of the world more of a comic notion once again.

Said Rosemary Dossett, one of the environmental champions of the community, “We just think everyone should clean up their patch, we just do it.

Stay up to date!

Join our mailing list to receive all our news and articles, directly into your mailbox!
Thank you
An error occurred, please try again later !

The 6 Most Famous Eco-Friendly Celebrities

ABOUT US
CleanTalks is an eco-friendly community where you’ll find tips & tricks to save the planet, energy & money. If your care about the environment, you’re at the right place.
MORE
FOLLOW US
© Copyright 2016 - Clean Talks